Connecting an old PC machine with a CGA video output to a modern VGA monitor requires changing the horizontal display frequency from 15kHz to 30kHz. Professional video scalers are very expensive devices, but fortunately there are popular Chinese alternatives, which cost only around 20$. The problem with them is that they rarely work out of the box.

I will describe here how I forced GBS-8220 video scaler to display my Schneider Euro PC CGA screen on a Sony VGA monitor.

CGA output and board inputs

A CGA video output consists of separate RGB signals, horizontal and vertical frequencies and ground (here facing the connector in a computer).

On the other hand, there are three input connectors on GBS-8220:

The pins on these three connectors are exactly the same – the are all wired together on the board. Some people experiencing sync issues attempt to try different connectors. If they notice a difference in the stability of the synchronization, this is most probably due to changes in the capacitance of the sync wires, that reduces the crosstalk between the signals. Nevertheless, it should not dramatically change the result. My suggestion is to use the VGA connector wherever possible, because the VGA cable attached is usually shielded.

Similarly, the two power connectors available on the board are exactly the same – it should not really matter which one you want to use.

GBS-8220 has a special RGBHV mode, in which (in the absence of any decent user manual) as I deduct from the name, it should interpret the separate horizontal and vertical syncs.

However, connecting the CGA signals directly to my GBS-8220 does nothing – the board can’t detect any signal. Search in the Internet reveals many people have this issue and it is suspected that it depends on the firmware version you have installed on the board. Unfortunately, there are no firmware updates available.

This makes RGBHV mode useless for me.

In RGBS mode, GBS-8220 board expects a Composite Sync (CS) signal on its S or HS input. VS input seems to be not used in this mode at all. This is written nowhere in the instruction.  Marking the 5-pin connector as “EGA/CGA input” is also pretty misleading, because there is no composite sync on EGA/CGA connectors.

Combining HS and VS signals into Composite Sync (CS)

This operation can be achieved with two chips:

They can be powered from the GBS-8220 board, using one of the two power connectors.

This is my bench for the experiment:

How the horizontal and vertical sync signals look on the Euro PC: 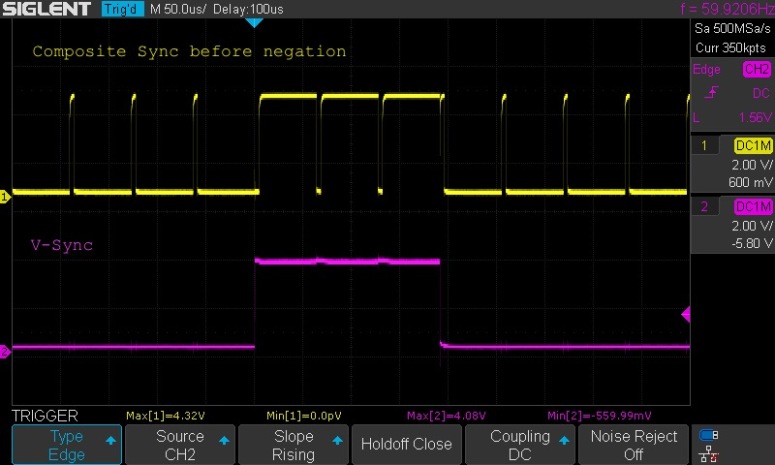 And finally the Composite Sync, which is a signal from the previous picture negated on 7404 chip: 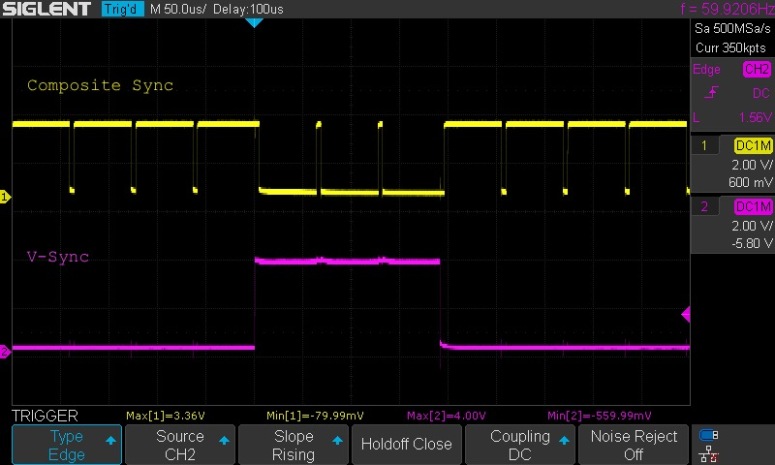 Producing the CS signal from HS and VS and connecting it to the S input of GBS-8220 in RGBS mode may be not enough though. It occurs, the HS and VS inputs may be disturbed by the interference from RGB signals. I am not sure, if this is due to the Euro PC, GBS-8220 or the cables between them – probably a combination of all. When the interference is strong, the scaler will not be able to properly sync to the video signal. 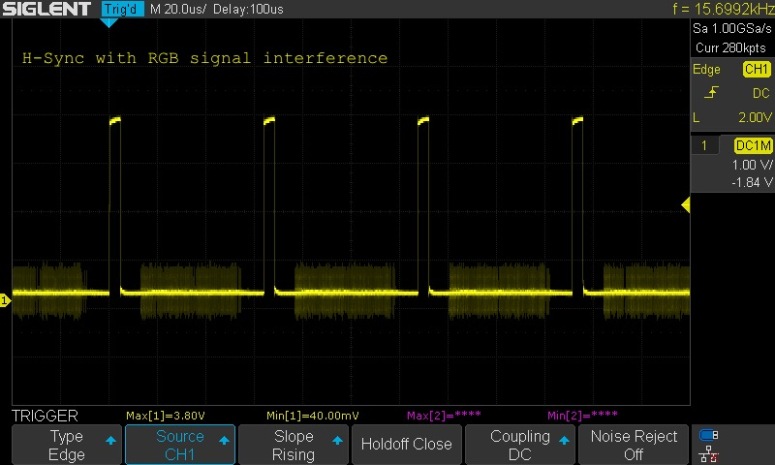 I did the following things to reduce the crosstalk effects: 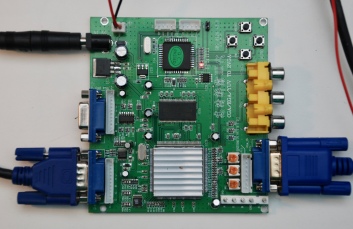 This reduced the visible crosstalk effects to a level that allowed the GBS-8220 to finally display the picture. 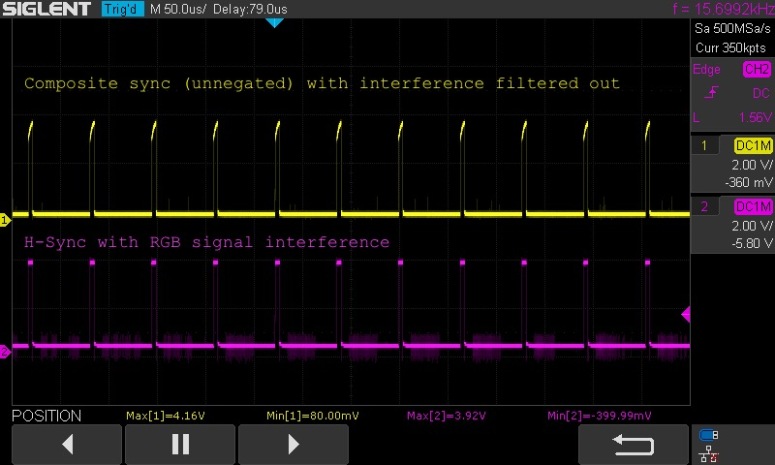 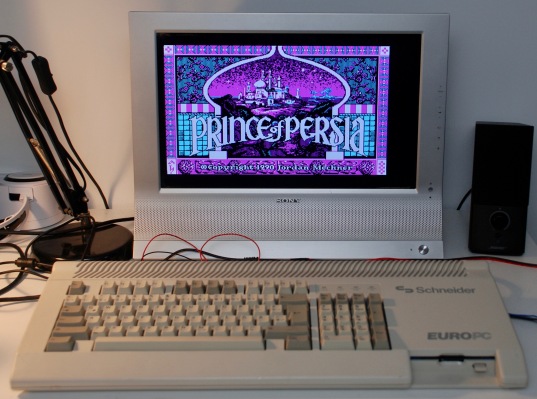